As an impetuous 35 year-old, I picked up a 1982 BMW R65 and put a good number of miles on it. I then upgraded to a 1975 R90 which was in adequate cosmetic condition and good mechanical condition. Life got in the way, and the R90 sat in the garage for 10 years or so.

I call it “rehab” because the goal is certainly not restoration, which to me means getting it back as close to “as new” as is possible. I am more interested in Arlo Guthrie, “Kid, have you rehabilitated yourself?” conditon - good enough to be relied on, but not perfect by any means. 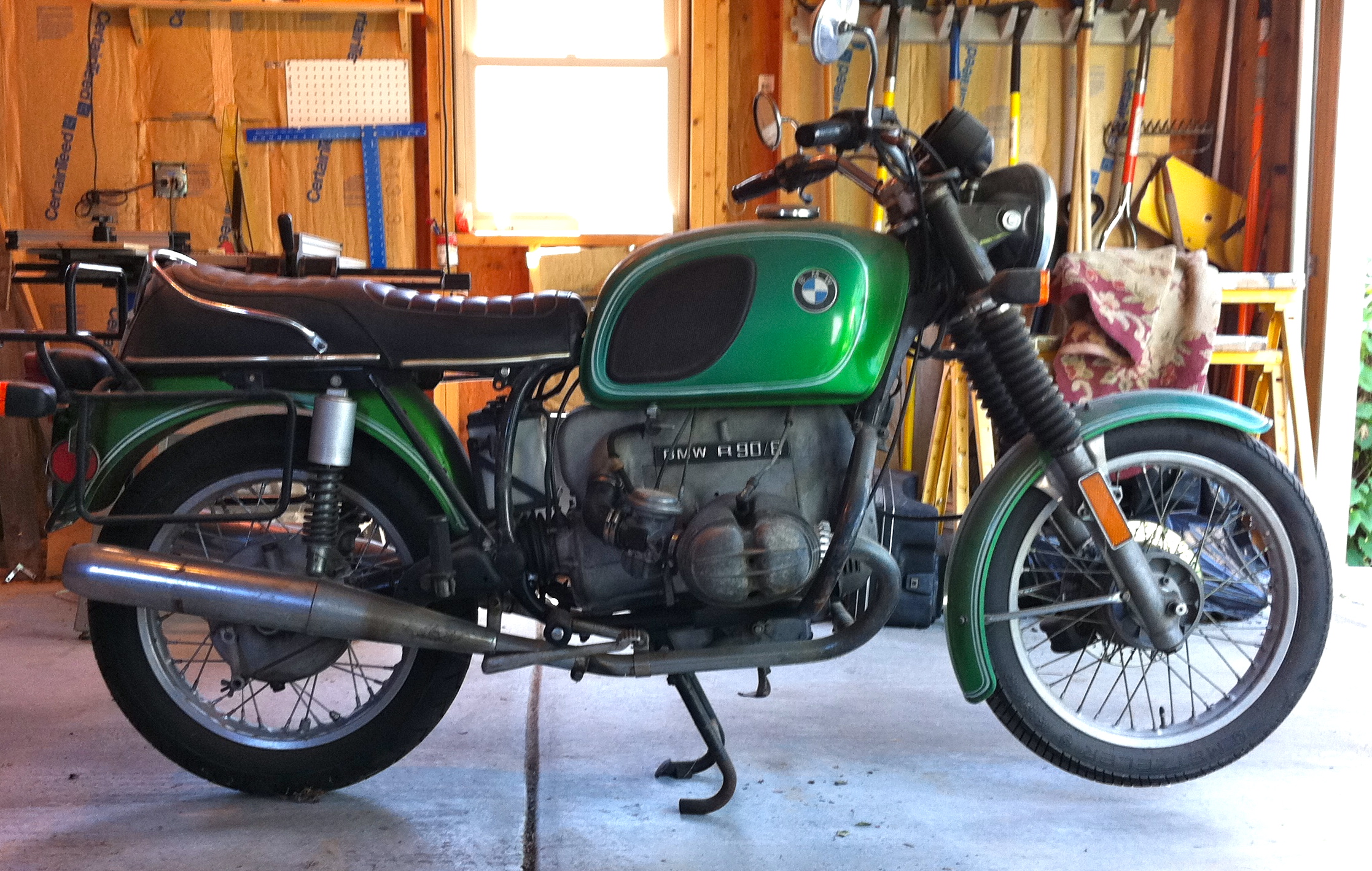 I intend to chronicle this project here.

I am mechanically borderline inept. I can follow instructions and know a wrench from a pair of pliers, but that’s about it. Luckily, there’s plenty of information on BMW Airheads out there, and I know how to use Google and Bing. _

_When I put it away, the bike ran but had a dead battery. Now the battery is still dead, but I have no idea if the bike will run. My immediate plan is to assess the electrical system, get it in decent shape, then take it from there. However, if the engine won’t even turn over, I’ll need to revise these plans.

Will she turn over?

**To see if the engine is seized, you have to pull both plugs, put the engine in gear, raise the rear wheel, and try to turn it. If it turns, then the engine isn’t seized (or you’re actually in neutral!).

I hadn’t removed this bike’s plugs in a decade. In fact, I sold my plug wrench along with the R65 (it was part of the original tool kit, which I do not have with the R90). So, after obtaining a 13/16” spark plug wrench I was all set.

This bike had accumulated some dust over the years, so I was careful to blast around the plugs with compressed air (actually I blew through a piece of tubing, but hey, it worked). Having cleared out the cruft, I was surprised at how easily the plugs came out. So far so good. I was a little concerned those suckers might have been stuck in there.

I dropped the bike into 1st, and kneeling on the left side, pushed up on the saddle-bag subframe to raise the rear wheel. I then turned the wheel and lo and behold - the engine turned over. So, not seized.

**Next was to clean the bike, which I did with some Simple Green, a bucket of water, and a sponge. I figure it will be much easier to work on a reasonably clean bike.

However, some of that filth can tell me things, so I took some pictures first. Nothing that gasket and fluid replacement will not cure (I think): seepage at the rear end of the oilpan, at the junction between the shaft and the transmission, and at the drain plug for the final drive.

I will assess the master cylinder when I pull the tank (under which it is located). I replaced it back in 2000, and it has few miles on it. Hopefully the seals are still OK (this is a religious topic among airhead owners, if I recall correctly).

At this point, I’m done until I can get my hands on a multimeter. Amazon tells me my new toy will arrive in a couple of days.

A sophisticated machine learning algorithm selects these as possible accompaniments: